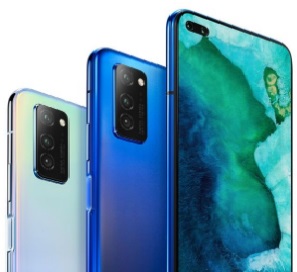 The year 2019 has almost just one month left, but Honor is looking to present its 2 more flagship phones in the form of the Honor View 30 and Honor View 30 Pro. It was launched in China as the Honor V30 range. Both smartphones are 5G supported and have triple-lens rear cameras. They also have a high-end Kirin 990 chipset and much similar to Huawei Mate 30 Pro. Both also have a 6.57-inch 1080 x 2400 screen with a 91.46% screen-to-body ratio, and upwards of 128GB of storage. They have a dual-lens punch-hole camera on the front, comprising 32MP and 8MP sensors. The highlight of the two is the Pro model and has a few upgrades over the standard version.

Both handsets have metal frames and glass backs, as is the case with just about every premium phone. They are expected to be available in a range of colors. But, it wasn’t yet clear, however, is exactly where they’ll be available when they’ll hit stores. The company hasn’t yet announced its cost. Being Honor handsets they’re likely to undercut most flagships though, with the Honor View 20. It is predicted to be available at 650 USD. One of these could be the phone for you if you are looking to pick up a high-end device.

Get Big Discounts on Xbox One Series from Microsoft on Black Friday Deals 2019
Get Lenovo IdeaPad C340 in 14 and 15.6 inch Models at affordable price